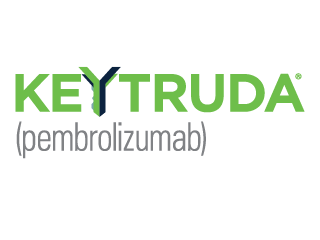 ….is internationally recognized for his research and education leadership in breast cancer. He is the clinical director of the Breast Cancer Centre and an honorary consultant medical oncologist at St. Bartholomew’s Hospital. He was appointed in 2013 as Chair in Cancer Medicine at Barts Cancer Institute (BCI), Queen Mary University, London. Professor Schmid is also Lead of the Centre of Experimental Cancer Medicine at Barts Cancer Institute, overseeing the conduct of early phase trials at St. Bartholomew’s Hospital and BCI, with a particular interest in Immunotherapy, innovative trial designs, and circulating biomarkers. He leads the academic breast cancer programme at St. Bartholomew’s Hospital and BCI.​
Prof Schmid graduated from the Technical University of Munich medical school in 1997, gaining a MD in Clinical Chemistry in 1998 from the University of Munich and a Clinical Research PhD in 2005 from Charité University in Berlin. He trained at the University Hospital Charité in Berlin in internal medicine, haematology, and oncology, before he became a Senior Clinical Lecturer and Director of the Hammersmith Early Clinical Trials Unit at Imperial College London in 2005. Professor Schmid was appointed as Foundation Chair in Cancer Medicine at the University of Sussex in 2010 before taking on his current role at BCI in 2013.​
Professor Schmid’s primary research interest is in clinical research in breast cancer with the goal of improving the treatment of women with breast cancer by defining more effective and less toxic approaches. Specific research areas include cancer immune therapy, triple-negative breast cancer, endocrine resistance, and innovative biomarker-driven trial concepts. Professor Schmid runs an international collaborative clinical and translational research programme.

….is Honorary professor of oncology at the Université Libre de Bruxelles (ULB) and scientific director at the Institut Jules Bordet (Brussels/Belgium). She held presidencies of the European CanCer Organisation (ECCO), the European Organisation for the Research and Treatment of Cancer (EORTC), the European Society for Medical Oncology (ESMO). She served on the American Society of Clinical Oncology Board (ASCO) as well as on the Board of the American Association for Cancer Research (AACR) which nominated her as fellow of the AACR Academy in 2013.​
A strong advocate for and leader of international research collaborations, Prof. Martine Piccart, together with Prof. Aron Goldhirsch, created the Breast International Group (BIG) in 1996, which today unites 56 academic breast cancer research groups from around the world. For the research achievements of BIG (in particular the approval of new anticancer drugs for breast cancer), she has received a series of prestigious awards.​
Prof. Piccart is author or co-author of over 670 publications in peer-reviewed journals.

…is a Professor of Medicine at UCLouvain, where he lectures on the medical management of breast cancer and hereditary cancer predisposition syndromes.​
He is a medical oncologist and clinical geneticist at Cliniques universitaires Saint-Luc in Brussels, where he specializes in the care of patients with breast cancer and the management of hereditary breast and ovarian cancer. He is head of the research section within the breast cancer clinic.​
Professor Duhoux completed his medical education from UCLouvain in 2004, followed by numerous specialty training posts in internal medicine and medical oncology in Belgium and in France (Institut Curie in Paris), between 2004 and 2012. He also holds a degree in oncogenetics from University Paris 7, obtained in 2011. Professor Duhoux completed his PhD in medical genetics at UCLouvain. He also obtained the Belgian Society of Human Genetics (BeSHG) Interuniversity Certificate in Human Genetics in 2012 and has expertise in hereditary cancer predisposition syndromes.​
Professor Duhoux is currently the principal investigator for over 30 phase I, II, and III clinical trials in breast cancer. He is the president of the Belgian Society of Senology (SBS/BVS) and a member of the American Society of Clinical Oncology (ASCO), European Society for Medical Oncology, Belgian Society of Medical Oncology (BSMO), American Association for Cancer Research (AACR), and Belgian Society of Human Genetics (BeSHG). Professor Duhoux authored over 50 manuscripts in peer-reviewed journals, and has presented at numerous international congresses, including the ASCO Annual Meeting and the San Antonio Breast Cancer Symposium (SABCS).

…is a medical oncologist working as a staff member at the department of General Medical Oncology in the University Hospitals Leuven, Gasthuisberg, Belgium. His main areas of clinical interest are breast cancer, genetic cancer syndromes and personalized medicine.His research focuses on triple negative breast cancer.​
During his fellowship and is his current function as staff member, he was deeply involved in clinical cancer research through participation as a subinvestigator in multiple clinical Phase 0-IV trials in medical oncology. He currently serves as local PI in several breast cancer trials, and as member of several clinical trial international Steering Committees.​
He is elected board member of the BSMO (Belgian Society of Medical Oncology), faculty member of the Young Oncologists Committee from the ESMO (European Society of Medical Oncology), and also serves as steering committee member of the EORTC (European Organisation for Research and Treatment of Cancer) Breast Cancer Group.​